Conceived by Le Bureau/ (a French group of curators), the P2P project deals with the notions of reproduction, perpétuation and circulation of shapes, gestures or processes in space and in time. The exhibition aims at applying the peer-to-peer system to the display of artworks and the exhibition in general. Concepts related to the circulation of artworks, the context of their visibility, their accessibility and their appropriation, will be made perceptible through an exhibition driven by a system of exchange of artworks. In the framework of the peer-to-peer, a digital file (music, film, picture or text) offered on the Internet, can be downloaded on the hard disk of anyone connected to the network. The multiplication of possible spaces, supports and publics for each element makes it exponential. This established fact existing in the circulation of files through the Internet can be experimented on the scale of artworks and their effective exhibition.

Series, multiples, or copies are many ways to transfer an artwork. These various forms of artworks necessarily relate to the notions of quotation, repetition and reminiscence. The circulation of a shape can thus be considered in different ways: in function of the format (unique work, series, multiple) of the artwork, of the repercussion triggered by the repetition of a gesture, but also in its internal referential construction. It is both the notion of author and that of the value of the artwork that appear here, confirmed, or on the contrary invalidated by the reproduction of the object or part of it. During the project, the exhibition P2P will evolve so as to formalize these concepts. During the exhibition, le Bureau/ will activate a network of exchanges gathering mainly art centres or museums from various European countries. The initial exhibition presented at the Casino Luxemburg will evolve all along its duration with the addition of artworks coming from the network but also, with the withdrawal of others put into circulation in the same network. The exhibition P2P, by experimenting a form inspired by the functioning of the peer-to-peer, will offer the spectator a multiple reading of the artworks and of the conditions of their display.

With the support of Centre culturel français Luxembourg and Culturesfrance. 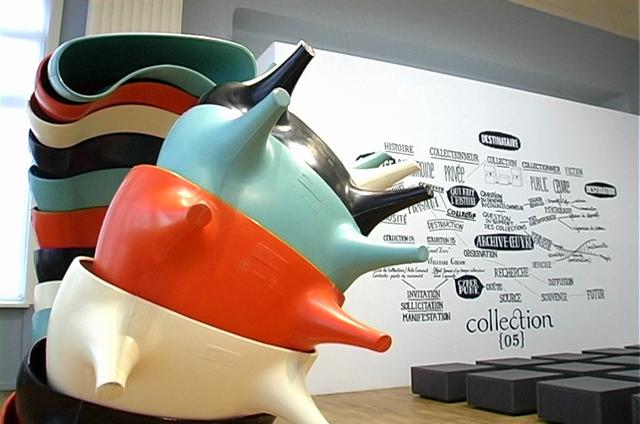